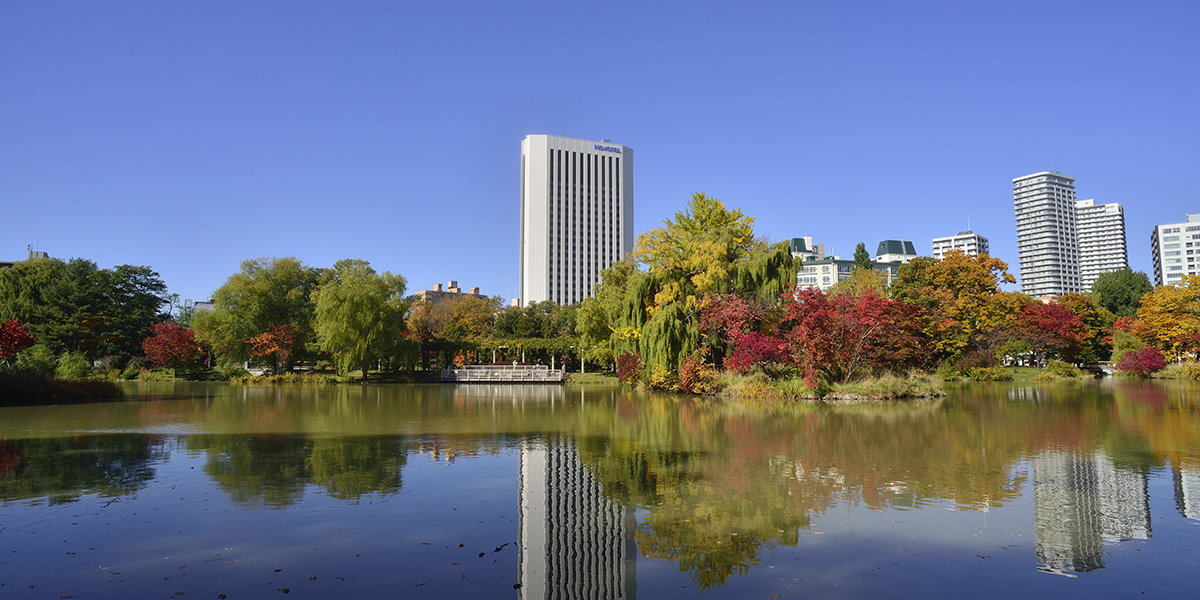 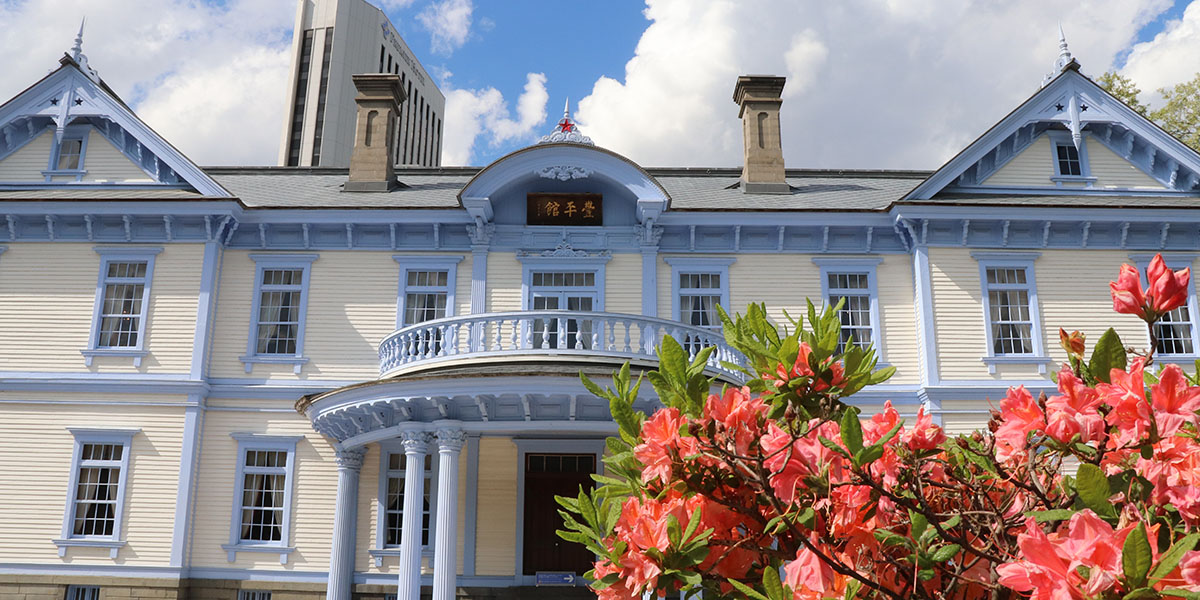 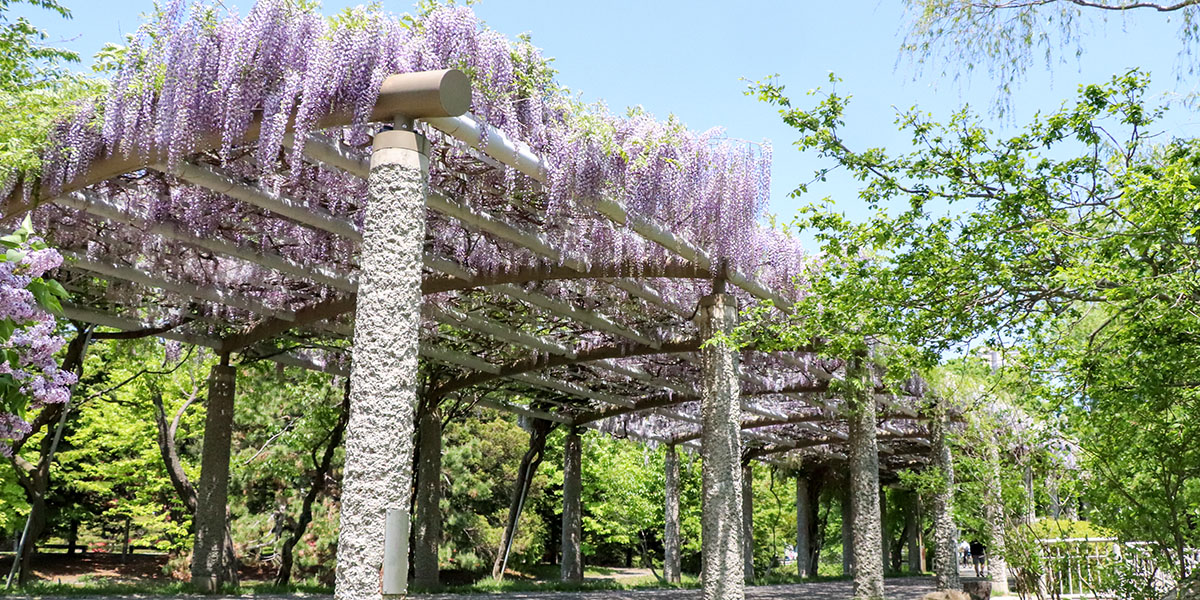 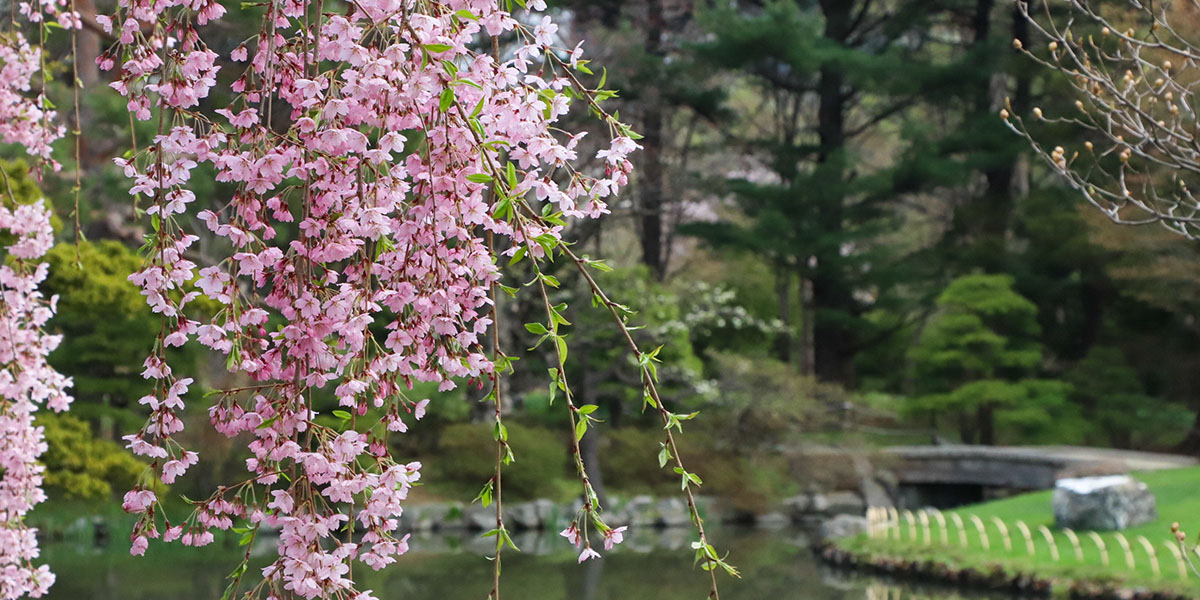 Nakajima Park is an urban park that features cultural facilities and historical buildings. It’s a great place to experience the seasons.

Nature-rich Nakajima Park is located in the middle of downtown Sapporo next to the Susukino shopping district. From the Shobu-ike pond and important cultural properties such as the Hoheikan and Hassokan to the Concert Hall Kitara and an astronomical observatory, the park offers lot to do and see. It’s also a perfect place to take a walk. The park is full of joggers, people walking their dogs, and people relaxing in general. The “Main Festival of the Hokkaido Shrine” is an early summer tradition and bustling with food stands. In the snowy winter, the park offers a cross-country skiing course with free access to equipment, such as shoes, skis, and poles, so you don’t have to go all the way to the slopes to enjoy winter sports.

When visiting Nakajima Park, explore the wonders of space at the Sapporo City Astronomical Observatory

The Sapporo City Astronomical Observatory is a public observatory that was completed in 1958. The facility is equipped with a 20-cm diameter refracting telescope, and hosts night time star gazing (free to the public) for six days every month, usually between Fridays and Sundays. Don’t miss this opportunity to view seasonal constellations as well as the moon and other planets in our solar system.
*Please visit the facility’s official website for more information about the night time star gazing schedule.

View Jupiter, the largest planet in our solar system, with a diameter eleven times larger than Earth’s. You’ll be able to see the planet’s unique striped pattern as well as the four Galilean moons discovered by Galileo (Io, Europa, Ganymede, and Callisto).

Views of Saturn, the most popular planet for viewing, are at their best. The rings of Saturn, which consist of countless grains of ice, provide a truly mystical and beautiful sight. Shortly after sundown Jupiter and Venus align in the western sky. This is the only time of year when you can see the three planets in one night.

The main attraction of the sky is still Jupiter. It can be seen in the south to southwestern sky aligned with the red colored star Antares in the constellation Scorpius. Meteor showers are also a popular summertime event. Large numbers of people come to the astronomical observatory’s small hill to look up excitedly at the shooting stars. Don’t forget the bug repellant, though!

This time of year is ideal for viewing the moon and seasonal constellations. The moon’s surface patterns and craters can be seen quite clearly, too. These three-dimensional views are the alluring part of moon observations. The remarkably beautiful Gamma Velorum in the Andromeda constellation is another exciting part of this season. Like other double stars, it appears to be one star when seen with the naked eye, but two stars are visible through the telescope.

Winter is the best season to view stars clearly. In addition to winter constellations and the moon, star clusters and nebulas (clouds of interstellar gas, thought to be the birthplace of stars), can also be seen. The telescope has a light concentration that is 800 times that of the human eye, bringing a new dimension to the enjoyment of bright stars such as Betelgeuse in Orion’s Belt, part of the “Winter Triangle.”

*Information is current as of 2016. The best times to view planets vary slightly each year. Please visit the facility’s official website for the latest information.

The telescope is open to the general public for free to view the sun from 10:00 am to 12:00 pm and from 2:00 pm to 4:00 pm.
Closed: Monday, Tuesday afternoon, the day after a national holiday, and the year-end and New Year’s holidays