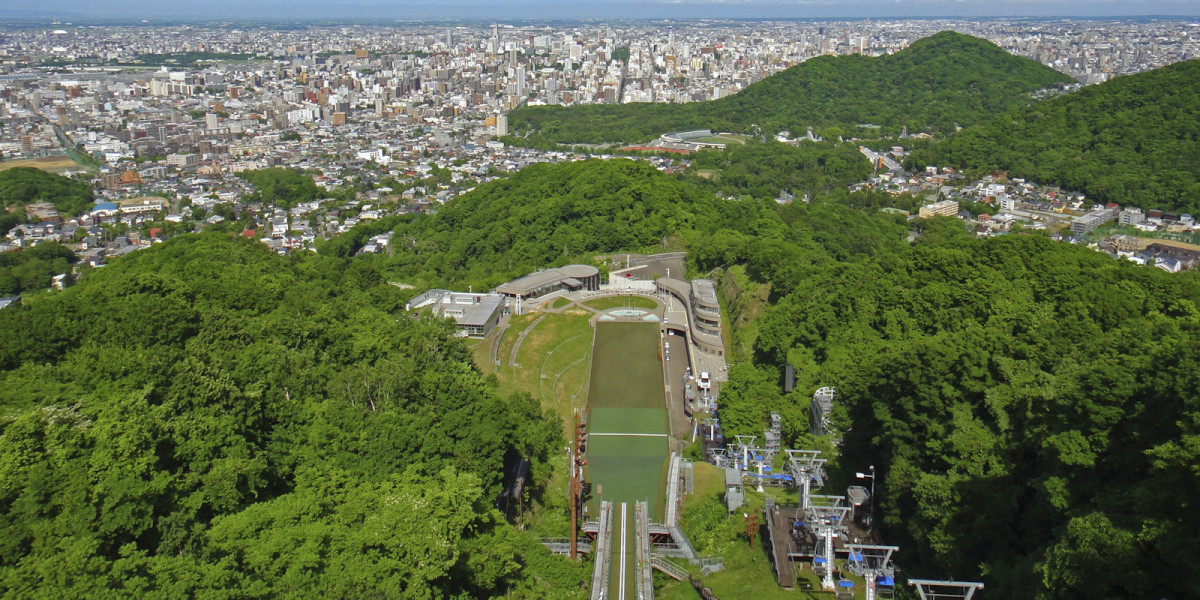 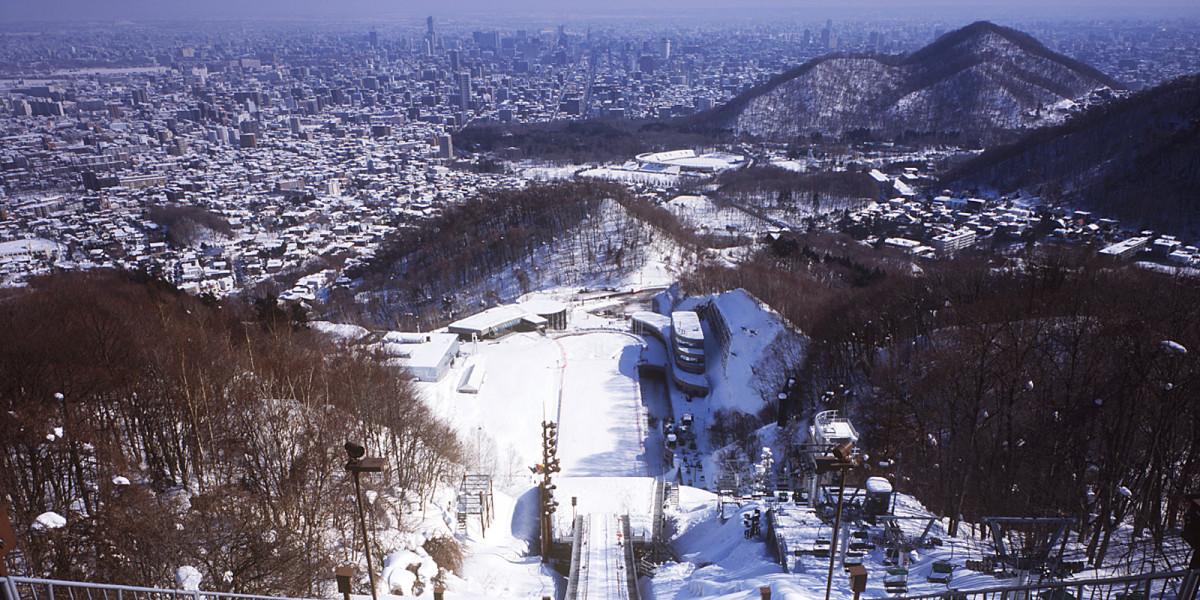 Take in the great panoramic view and experience the steep slope of a ski jump from 307 meters above sea level.

The Okura Jump Stadium was initially named the “Okurayama Schanze” when it opened in 1932 in honor of Baron Kishichiro Okura, founder of the Hotel Okura, who had funded its construction. The facility was renamed the “Okurayama Jump Stadium” after it was significantly renovated in preparation for the 1972 Winter Olympic Games. From the starting point of the jump, which is located 307 meters above sea level, one can see a panoramic view of downtown Sapporo, Ishikari Plains, and the Miyanomori Ski Jump Stadium, where 70-meter jumps are held. In the winter, visitors can take in the snow-covered landscape and experience the perspective of the ski jumper from the “Viewing Lounge” on days without competitions. Visitors may encounter practicing jumpers even in the summer, as the Jump Stadium is an all-weather facility.