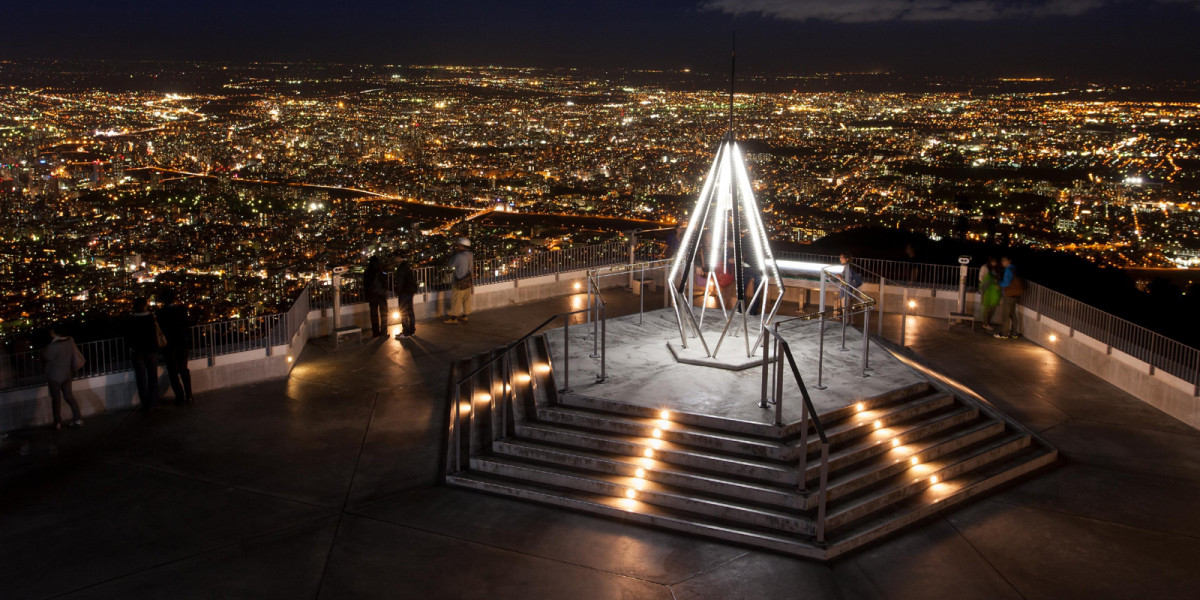 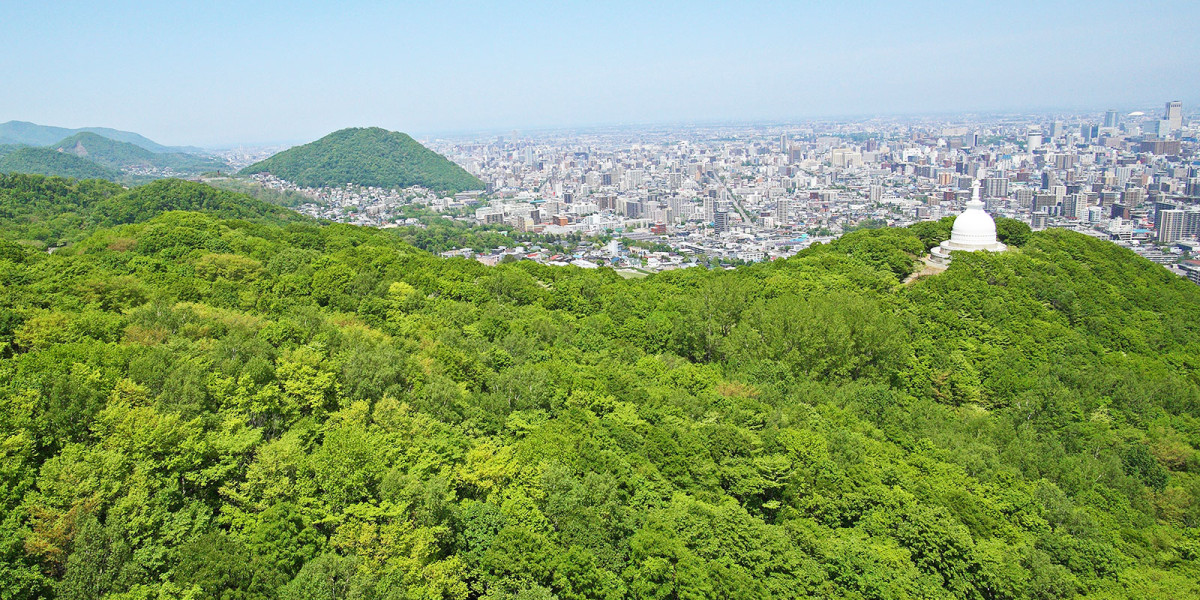 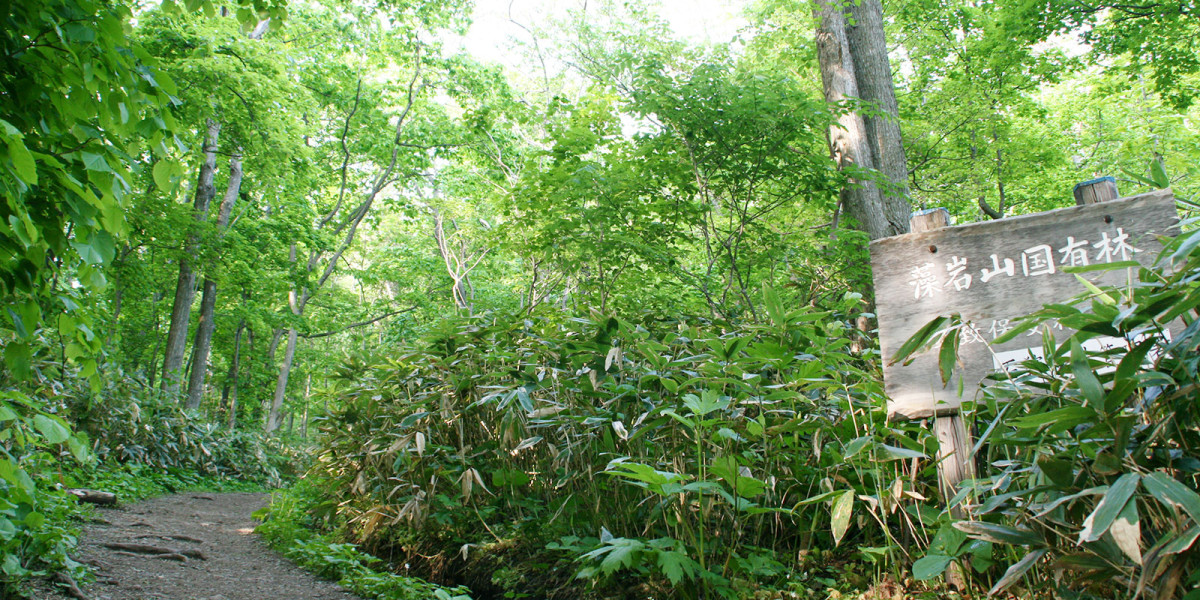 Moiwayama is located in the middle of Sapporo City at an altitude of 531m. From the top of the mountain, you can see a panoramic view of the cityscape of Sapporo, Ishikari Bay of Japan Sea, and Mt. Take the ropeway or the Mt. Moiwa sightseeing expressway from the base to the middle, and ride from the middle to the summit on the mini-cable “Morris Car” that uses the world’s first drive system. It is popular as a mountain that can be easily climbed by Sapporo citizens, and there are five mountain trails (shortest course 2.4km, longest course 4.5km) that can be climbed lightly. Click here for the climbing route of Mt. Moiwa (Sapporo City website). In Ainu language, it was said to be “Incarsipe” (where you always go up and watch). Takeshiro Matsuura, an explorer at the end of the Tokugawa Era, wrote in his “Akiyote Diary” that “Mt. Moiwa was not only a sight-seeing mountain for Ainu but also a precious mountain of God.” It’s a place you can’t miss if you look at the night view of Sapporo as well as daytime.

Sapporo was selected as one of Japan’s three most beautiful city night views alongside Nagasaki and Kobe, at the Night View Summit held in October 2015 and attended by local governments and companies dedicated to revitalizing night view tourism across Japan. The peak observatory is the spot for stunning views overlooking the city lights of Sapporo, which appear like sparkling precious stones dotting the Ishikari Plain as far as the eye can see. If you are visiting with a special someone, why not ring the Bell of Happiness and leave a padlock with a message of your love on the railing? These padlocks can be purchased in Souvenir shop “Mt. MOIWA SOUVENIR SHOP” at Moiwa Chufuku Station and Restaurant “The Jewels” at Sancho Station. Mt. Moiwa was also selected as one of the 100 best spots in Japan to view the moon because of its beautiful views from the observatory.

The ropeway and cable car provide a thrilling journey

You can access the peak of Mt. Moiwa by riding the ropeway and then transferring to the cable car. The ropeway that departs from Moiwa Sanroku Station travels 1,200 meters in five minutes. The ride includes the stunning view of Ishikari Bay in the distance past the cityscape, providing clear, unobstructed views of Sapporo. Next, transfer to the cable car called Mo-risu Car, which brings you to the peak after traveling through the forest. Be sure to check out the views from both the ropeway and cable car.

The Jewels – the highest view restaurant in Sapporo

The Jewels is a fusion French restaurant located at the peak. Its menu features local ingredients from throughout Hokkaido showcased in unique and exciting seasonal dishes. The glass-walled restaurant affords nearly 270-degree views, making it feel as if you are dining in the sky.

Mo-risu is the name of a character fashioned after the Siberian flying squirrels that inhabit Mt. Moiwa. The innocent looking face makes the character quite adorable. There are a number of limited edition merchandise available, so be sure to peek in Souvenir shop “Mt. MOIWA SOUVENIR SHOP” located on the second floor of Moiwa Chufuku Station.

Primeval forest designated a natural monument yet inside the city limits

Moiwa Primeval Forest is home to Japanese linden, Mongolian oak, and Yezo spruce, among other vegetation. In 1921, the forest became the first in Hokkaido to be designated as a natural monument. The vegetation and insects discovered here all received “Moiwa” in their names, including Moiwa linden, Moiwa orchid, and Moiwa antlion, to name a few.