Population of Sapporo Sapporo is the northern-most city designated by government ordinance. It has the 5th largest population in Japan. Area of Sapporo A little less than double Tokyo’s Special 23 Wards (621㎢), about the same as Hong Kong. Climate of Sapporo Snow covers the ground 132.4 days a year. Low humidity and refreshing in... 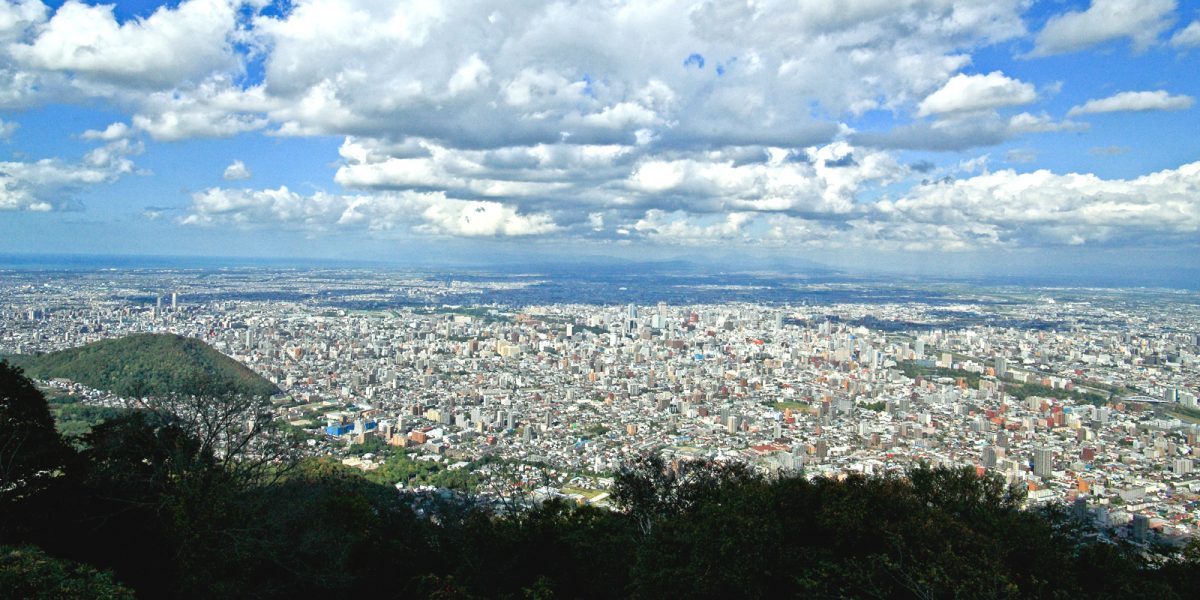 Sapporo is the northern-most city designated by government ordinance. It has the 5th largest population in Japan.

A little less than double Tokyo’s Special 23 Wards (621㎢), about the same as Hong Kong.

Snow covers the ground 132.4 days a year. Low humidity and refreshing in the summer.

The first snowfall is in October and by December the city is covered in snow. There is much snowfall with the average annual snow accumulation at 600cm. However, with efficient measures for snow removal in place, there is minimum effect on daily life. It is rare by world standards that over 1.9 million people reside in an area prone to this much snowfall. The characteristics of the summer is that there is no rainy season and is not affected by Typhoon. The water resources is abundant due to snow that remains on the mountains into the summer, which acts as storage of water. The average temperature reaches 20℃（68°F） in the summer, but the humidity is low and the temperature is cool during the morning and evening.

Animals and Plants of Sapporo

There are various theories on the origin of the word “Sapporo.” The leading theory is that it derivers from the Ainu (indigenous people of Japan) words “Sap (Dry) – Poro (Wide),” but another theory is that it derivers from “Sari (Wetland) -Poro (Wide) -Pe (River)” which describes the downstream basin of the Toyohira River. Until the end of the Edo Period (1603–1868), Sapporo was a trading post with the Ainu. In 1869, it was renamed Hokkaido and the Hokkaido Development Commission was sent and began to establish the head office in Sapporo. Yoshitake Shima, considered to be the pioneering father of Hokkaido, is said to have stood on the hills of Mt. Maruyama and elaborated on a plan for the city. The Hokkaido Development Commission organized Sapporo into a planned city modeled after Kyoto. Thus, Sapporo becomes know for its functional grid of streets and avenues. With the settlement of the Tondenhei (soldiers for developing and guarding Hokkaido), it became a large producing center for potatoes and onions. After the railroads were built, the beer, flour milling and paper making industries began to flourish and Sapporo became the political and economic center of Hokkaido. In 1970, the population surpassed 1 million. In 1972, Sapporo was described as Japan’s northernmost city designated by government ordinance, and hosted the Sapporo Olympic Winter Games.
Sapporo is attracting much attention as city of tourism with attractions such as the “Sapporo Snow Festival” which began in 1950, the “YOSOKOI Soran Festival” which began in 1992 and the “Sapporo International Art Festival” scheduled to take place in 2014.